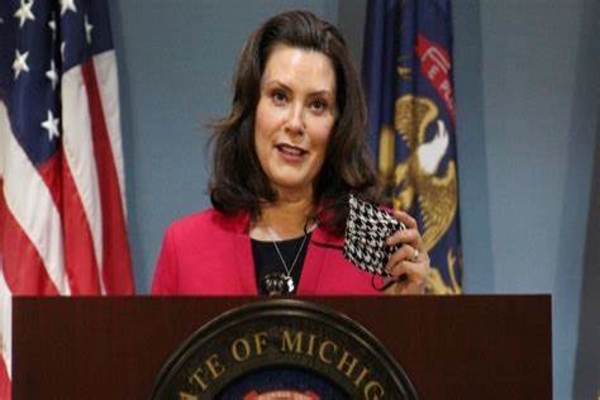 On Thursday, the Biden Department of Justice (DOJ) declines to investigate the Michigan nursing home deaths related to coronavirus.

The controversial policies of Michigan, New York, and Pennsylvania were to place recuperating coronavirus-infected patients in nursing homes, thus spreading the coronavirus within the susceptible population.

Trump’s DOJ attempted to get data on nursing home deaths from Whitmer’s administration last year, along with New York Gov. Andrew Cuomo (D) issued a statement. They argued the probe was partisan motivated.

“This is nothing more than a transparent politicization of the Department of Justice in the middle of the Republican National Convention,” Whitmer and Cuomo, who was embroiled in his own nursing home death scandal, said, according to the Daily Gazette.

They continued, “It’s no coincidence the moment the Trump administration is caught weakening the Centers for Disease Control and Prevention’s COVID-19 [Chinese coronavirus] testing guidelines to artificially lower the number of positive cases, they launched this nakedly partisan deflection.”

Now there will be no investigation by the Biden-led agency into Whitmer’s policy, who was on Biden’s shortlist of running mates.

The Department of Justice joins Michigan Attorney General Dana Nessel in declining to probe the policies on which Republicans have focused attacks. While GOP lawmakers have pressed to uncover more information about how the orders impacted the virus’ spread among a vulnerable population, the lack of law enforcement inquiries hinders their efforts.

“We have reviewed the information you provided along with additional information available to the department,” wrote Steven Rosenbaum, chief of the special litigation section for the department’s civil rights division, in a letter to Whitmer’s chief legal counsel, Mark Totten, on Thursday.

“Based on that review, we have decided not to open a CRIPA (Civil Rights of Institutionalized Persons Act) investigation of any public nursing facility within Michigan at this time.”

A heated response from one of Whitmer’s Republican challengers, Tudor Dixon, who had a mother die while alone in a nursing home during Whitmer’s lockdown.

“The Biden Department of Justice has chosen to put partisan politics ahead of accountability in deciding not to investigate Gov. Whitmer’s deadly policy of putting coronavirus-infected patients into nursing homes,” Dixon said in a statement, “and exposing the most vulnerable to the disease.”

“Gov. Whitmer’s actions were unforgivable and will not be forgotten by the thousands of families that needlessly suffered the loss of a loved one,” she continued.

In March, Lucido called out for victims’ families to file complaints, and he stated he received “hundreds.” Lucido announced an investigation into the deaths within his jurisdiction.

“Nobody’s above the law in this state.”

An investigation to get an accurate picture of the nursing home deaths was initiated by Charlie LeDuff, an independent journalist. He speculated the nearly 7,000 deaths could be undercounted by as much as 100 percent.

LeDeuu was notified the review of death data was stopped as it was too “time-consuming” by a spokesman from the Michigan Department of Health and Human Services (MDHHS).

During a June legislative hearing on the matter, MDHHS Director Elizabeth Hertel conceded deaths “could be” undercounted in the state.