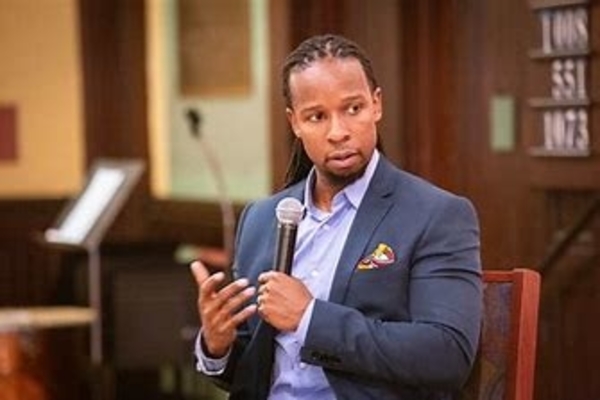 Critical Race Theory Activist Ibram X. Kendi spoke to the American Federation of Teachers (AFT) Wednesday; he said, “To be antiracist is to admit the times which we’re being racist.”

Kendi, the author, was the keynote speaker at the teacher’s union biennial Together Educating American’s Children (TEACH) professional development conference.

Fedrick C. Ingram, secretary-treasurer of ATF, admits to having done his racist thinking while praising Kendi’s book How to Be an Antiracist.

“How does this honesty and vulnerability help give others the space to acknowledge and name their own racist behaviors and attitudes?” Ingram asked.

In studying the history of racism, even studying the history of times in which people were being racist, what I found was a consistent, sort of, narrative was just denial, was, was people just denying the ways in which they were being racist, their racist policies, their racist ideas. People constantly and consistently, whether you’re a Ku Klux Klansman, a lyncher, or a slaveholder or segregationist, or, you know, someone today consistently claiming they’re not racist, no matter what they do or say. And I wanted the heartbeat, really, of this book to be the veritable opposite of that. And that opposite is actual admission, being vulnerable, being willing to look and see. You know what, I was wrong. I was the problem; my ideas were the problem, not those people. And, and I thought that it was critically important to do that, not because I actually thought it would allow other people to be vulnerable, but because I recognized that it was important to be vulnerable, to be antiracist. Like to be antiracist is to admit the times which we’re being racist. To be racist is to constantly consistently deny, deny, deny, like Donald Trump.

Ingram and Kendi then mutually denied that Critical Race Theory is in the lesson plans of K-12 schools. Both masqueraded horror at the school board policies and state laws ban the lessons and concepts associated with CRT, like white supremacy, inherent racism, and systemic or institutional racism. Falsely, they both insist these policies and laws seek to block the discussion of racism or mention slavery, stating they believe the passage of these laws was to diminish the unfavorable portions in American history.

Stitt read from HB 1775: “No teacher shall require or make part of a course that one race or sex is inherently superior to another race or sex.”

He explained that while historic events such as the Oklahoma City bombing, the Tulsa Race Massacre, and the Oklahoma City lunch counter sit-ins should be part of school curricula, they should be taught “without labeling a young child as an oppressor or requiring he or she feel guilt or shame, based on their race or sex.”

I refuse to tolerate otherwise during a time when we are already so polarized. We cannot revert to 100-year-old thinking that a person is any less valuable or inherently racist by the color of their skin. Martin Luther King spoke of a day when people in America would be judged not by the color of their skin but by the content of their character. House Bill 1775 codifies that concept, that so many of us believe in our hearts, including me, and as governor, I will not stand for publicly funded K through 12 schools, training impressionable minds to define themselves by their sex or their race.

Ingram asked Kendi his views on  “the danger based from the laws we’re seeing across the country, limiting what is being allowed to be taught in schools – and not just bad laws, but school board level policies that use terms like Critical Race Theory.”

“As far as I know, and what the AFT has researched, that’s the theory taught in law school, not a curriculum taught in high school,” Ingram said, observing a view that was asserted as well by AFT President Randi Weingarten:

Much the outrage parents are expressing at local school board meetings amounts to “lies,” Kendi responded.

The only thing that I can compare this recent wave of what is happening in our school districts, what’s happening in our schools, what’s happening in our communities, is it really reminds me of the reaction and the response to the Brown v. Board of Education decision. When, when there was widespread fear in certain schools and certain communities that “those desegregated schools … those black children would, were going to be harmful to white children,” and, and it’s similarly being cast or framed as if, you know, teaching about history, teaching about racism, you know, even teaching about slavery is going to somehow harm white children.

And then there’s the just monstrous lie that this effort to teach kids about racism is an effort to teach white children that they are inherently evil and racist. No teacher, at least no antiracist teacher would, would be teaching, you know, that. And, and, so, I think it really pains me because, you know these lies that, that somehow we’re seeking to teach that all American institutions are evil, that, that all America is fundamentally and permanently racist, these are not positions that, that I’m articulating, that that, even Critical Race theorists are articulating, but, but, they have been contrived and, and, then sort of packaged as Critical Race Theory.

Kendi then followed with:

To me, we live in a dangerously racist society. There are racist ideas that are swirling around that are teaching darker-skinned kids that there’s something wrong with them because of the color of their skin.

There are ideas running around teaching white kids that there’s something right about them because of the color of their skin.

In June, A Harvard CAPS/Harris poll found 61 percent of registered voters stated that children should not be taught America is “structurally racist.”

The online survey of 2,006 registered voters asked participants, “Do you believe that kids in elementary school should be taught that America is structurally racist and is dominated by white supremacy, or should they not be taught this?”

A YouGov poll sponsored by the Economist and published in mid-June also found 58 percent of Americans have an “unfavorable” view of Critical Race Theory. In comparison, 38 percent view the Marxist philosophy favorably.